I’ve been told that my middle name (I don’t have one) should be “rally” because I’m always the first in the group to agree to something. To be honest, my best vacations were those I spontaneously booked – Barbados last September was discussed during a girls’ night out and booked within that week, Italy almost a year ago (oh, how time flies) was booked within a half-hour phone call, and a random 3AM road-trip to Philadelphia a few months back ended up being a fun girls’ food fest, stuffing our faces with Philly Cheesesteaks (we literally drove through the night, arriving at 5:30AM on a Saturday morning). I love traveling on a whim – it makes for the best vacations. Perhaps, it suits my personality, because I tend to be a last-minute, works-best-under-pressure type, so I suppose that reflects on my travel personality. With that being said, it goes without saying that when I was invited to Boston for an unplanned weekend getaway this past weekend, of course I agreed without hesitation.
.
I’ve traveled quite a bit throughout the U.S. in my almost-four years of living in the States, but I had never visited Boston, so I was particularly excited to explore the city. As aforementioned, I hadn’t really made a plan of what I wanted to see, but I had pencilled in to check out the Freedom Trail (such a tourist). However, instead of doing so, I ended up opting to visit the Isabella Stewart Gardner Museum. #TouristTiff loves me a museum with a courtyard garden and Isabella is my favorite girls’ name, so I caught the MBTA (Boston’s subway) out to the Fenway-Kenmore neighborhood, which is when I noticed that Boston is a very clean city, especially compared to New York. The streets, the parks, the subway station, the subways themselves: all so clean.
.

Designed to emulate the Venetian Palazzo Barbaro, the Gardner museum is one of the most beautiful museums I have ever seen.
. 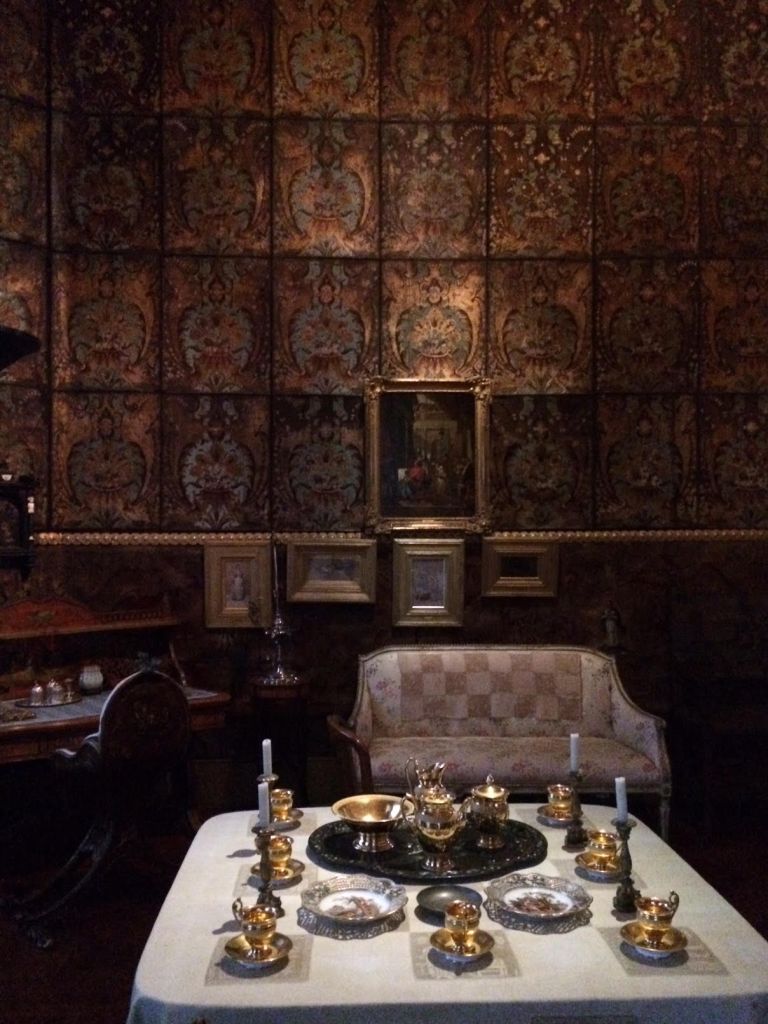 I particularly loved the ornate leather wall coverings in the Veronese Room, but I was in awe of the courtyard.
. 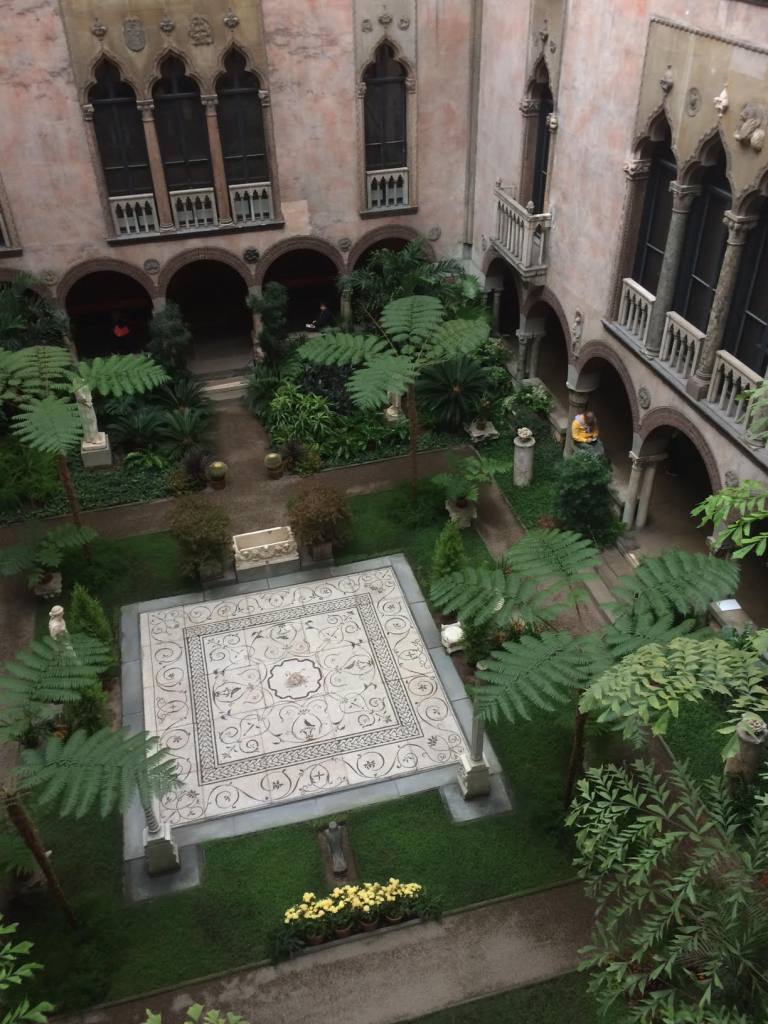 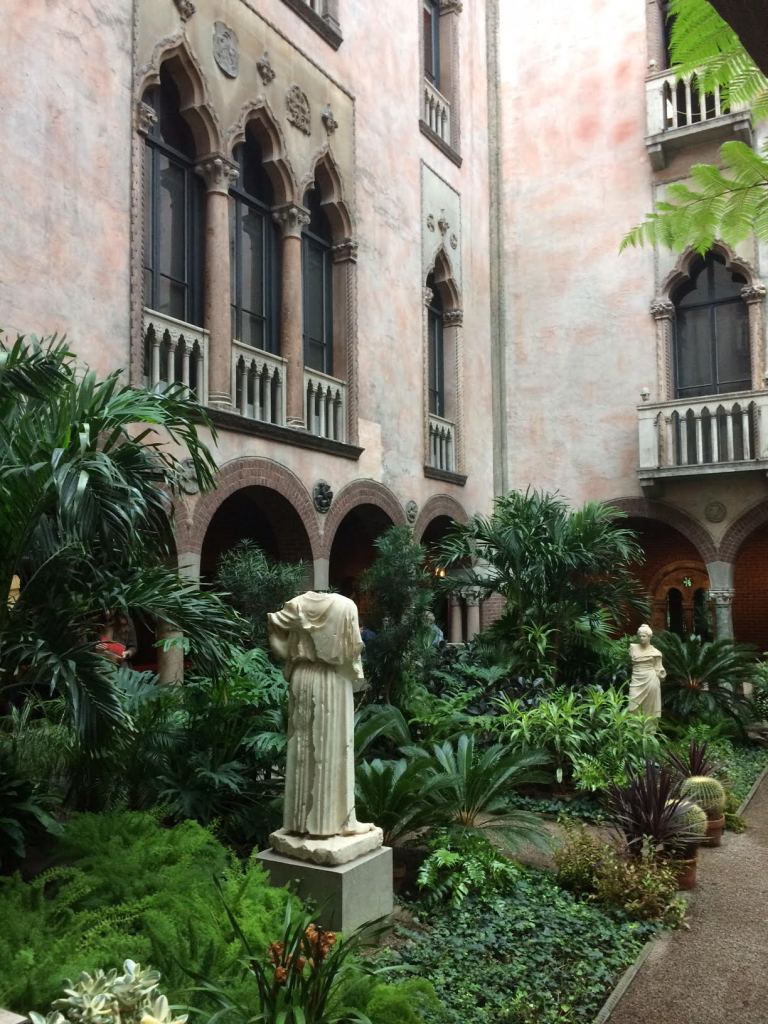 It reminded me somewhat of the MET Cloisters in New York, but the story behind this opulent museum is actually very tragically beautiful… A New York native, Isabella Stewart married Bostonian Jack Lowell Gardner Jr. When Isabella’s father passed, he left her his fortune, of which Isabella spent towards accumulating numerous pieces of art, including a Botticelli, as assisted by Italian Renaissance art connoisseur Bernard Berenson. The art-loving couple planned to build a home to house their art collection, however, Jack passed away after their 38 years of marriage, leaving Isabella to continue the project, solo. Purchasing land in Fenway, she directed her architect Willard T. Sears on how she wanted the building to be built. Her museum, “Fenway Court” as she called it, opened in 1903, where she lived on the top (fourth) floor. Sadly, Isabella passed in 1924. In her will, she established an endowment of $1 million, outlining that her collection remain permanently exhibited “for the education and enjoyment of the public forever” as per her aesthetic, otherwise the collection and property must be sold – with the proceeds to be given to Harvard University.
.
Fast-forward to the year 1990 — two men disguised as Boston police officers raided the museum, stealing 13 works of art at an estimated worth of $500 million, marking the heist as the “greatest single property theft in world history”. Notwithstanding efforts by the FBI, the stolen pieces have not yet been returned, and the case remains unsolved, with the museum offering a $5 million reward for information giving rise to the collection’s reinstatement. Among the stolen collection was one of Johannes Vermeer’s exclusive 34 recognized works, “The Concert”, considered the most valuable unrecovered piece of art, worth over $200 million. Another treasured painting stolen in the robbery was Rembrandt’s only known seascape, “The Storm on the Sea of Galilee”. The thieves also seized five Degas drawings, as well as Manet’s “Chez Tortoni”. Per Isabella’s stipulation in her will, the museum’s aesthetic must remain as she left it and therefore, the museum still displays empty frames in which the stolen artworks once hung, in anticipation of repossession.
.

Rightfully so, the Isabella Stewart Gardner Museum was labeled a Boston Landmark by the Boston Landmarks Commission, in 2013.
.
I really enjoyed my afternoon stroll through the vicinity and certainly recommend it to those visiting Boston. In Isabella’s will, it is noted that discounted admittance is allowed to visitors wearing Boston Red Sox memorabilia (Isabella was a Red Sox fan), and is free to anyone named Isabella or anybody visiting the museum on their birthday.
. 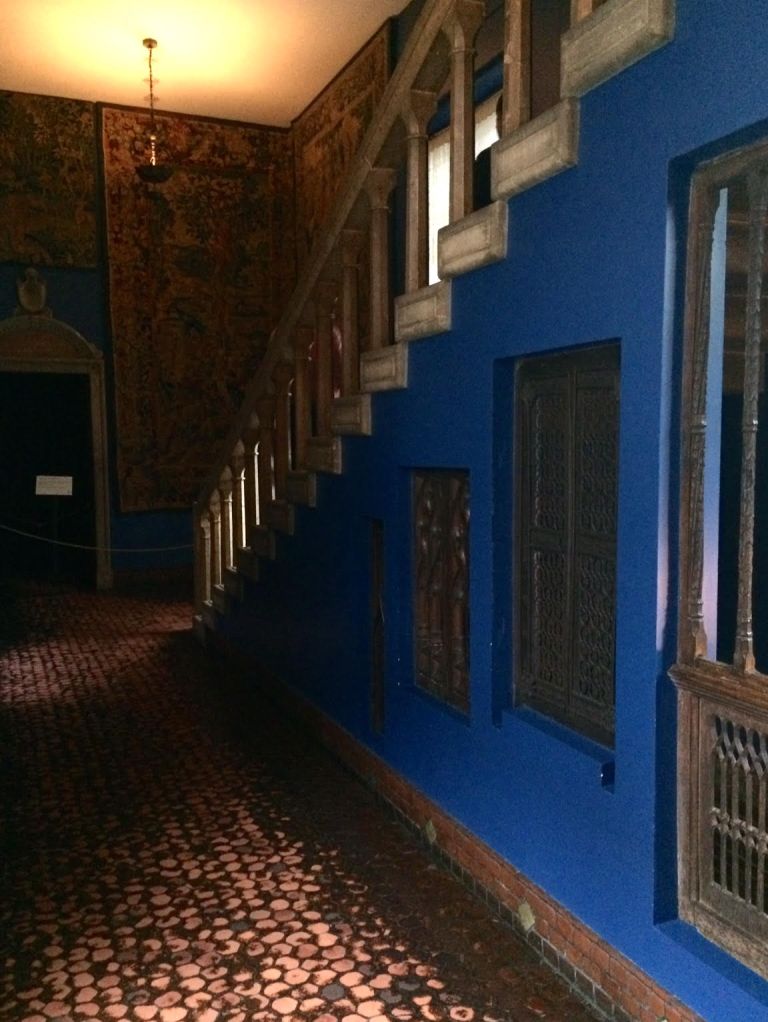 Following my museum trip, I headed back towards Downtown Boston. One store I was eager to hit was Primark – I had worked with them as a vendor in the past and visited a few of their stores in Europe, but the store in Boston was the first of their stores to open in the U.S. so I wanted to check out the merchandising (A.K.A do some shopping). After getting a bang for my buck, I headed to the hotel to get ready for dinner.
.
We had dinner down by the waterfront at a restaurant called Row 24. Wining and dining on beautiful buttery oysters and lobster rolls, the restaurant had a modern ambience. To the server’s suggestion, we went to check out an atmospheric bar called “Drink”, but the line was literally out the door and as it started to rain, we opted for something a little more casual (read: young and loud), at a bar called The Bostonia Public House. Not my typical crowd, but it was fun for a nightcap before heading back to the hotel. Although Boston is a “young” city – being the home of many Universities, Boston is considered the City of Millennials – I was surprised to find that most bars closed around 2:00AM, especially coming from New York City where everything is basically open 24/7. We were also informed that most places had a cover charge – so different to New York.
.
I found the streets of Boston to be very reminiscent of other places I had previously visited. As I turned every corner, different streets reminded me of different cities – an area in Downtown Boston reminded me of Pitt Street in Sydney, Australia; a building by the waterfront reminded me of the Walgreens building in Downtown Chicago; the Boston Waterfront pier reminded me of Singapore’s Harbor boardwalk overlooking the skyline; and the double-sided harbor views from the Boston Harbor Bridge reminded me of the views from London’s Tower Bridge. The short buildings lined up on clean streets also reminded me of Washington, D.C., not to mention that both are old historic cities full of many museums and historical sites to frequent. Aligning these moments of nostalgia with a charming stroll through the quiet downtown streets at 1:00 in the morning, I found Boston to be quite a romantic city – again, surprisingly.
.

The weather wasn’t particularly pleasing the weekend we were there, but we made the most of it by visiting a spectacular art gallery DTR Modern in Newbury (Newbury is the place to go if you want to do some shopping, by the way) where they house Warhol, Basquiat, and I was introduced to the amazing unique welded pieces by artist Rainer Lagemann. Following this, we frolicked in the rain onto Harvard campus (#hadto) and checked out some old dinosaur bones at the Harvard Museum of National History. My childhood dream was to become a paleontologist (I used to collect weekly shipments of Dinosaur Fact Files, which my parents still have on my bookshelf back home in New Zealand and I was graded with an A+ for my speech on dinosaurs back in primary school – elementary school, in American terms), so I was totally in my element at this museum.
.

The museum is pretty large, so we weren’t able to visit all the exhibitions, but this is another museum I would definitely recommend to visitors.

.
All in all, a casual weekend getaway to Boston was both pleasant and enlightening – which I already knew it would be – and I certainly look forward to my next visit.
.