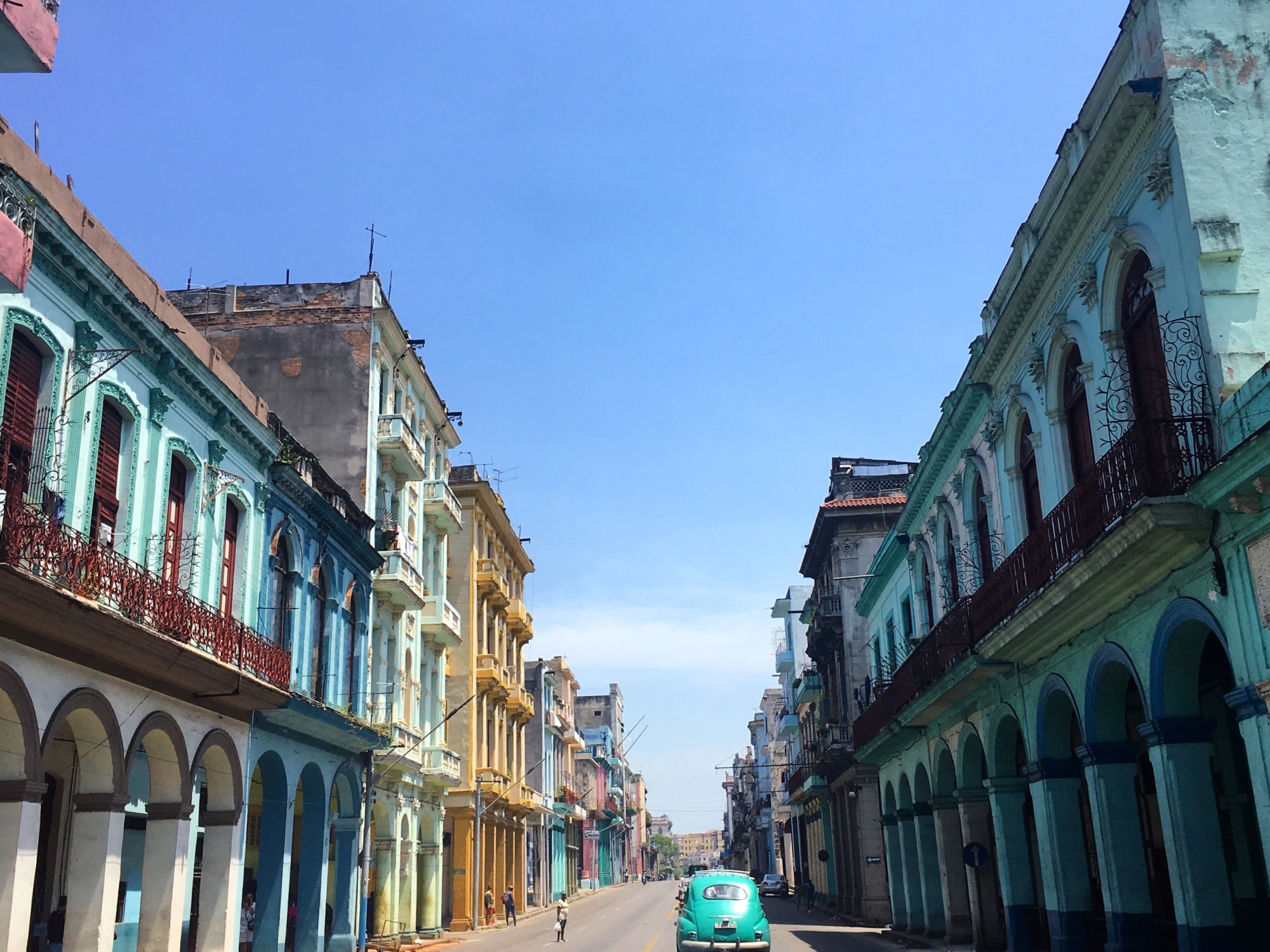 Last September, I took my boyfriend, Alessandro, to Cuba to celebrate his birthday. Cuba was unlike anywhere we’d been before and I knew he really wanted to go. Initially, the trip was supposed to be a surprise but one of his friends accidentally let it slip, which ended up being for the best as I would have had to tell him at the airport any way, because we had to get a visa before our flight. A lot of people have asked me about the deal with the visa – I’m not sure if it’s different for US Citizens, but when I booked our trip on Jet Blue, upon arrival at the airport, there were signs instructing travelers going to Cuba to go downstairs below gate level. We showed our passports and paid $50 per person for the visa. It was pretty easy, but I’d suggest arriving a little earlier to give yourself time to pick it up.

I must admit, I had no idea what to expect of Cuba, and not speaking Spanish, it would have been difficult for me to travel there alone. I have to give a special shoutout to my boyfriend and thank him for being the one to get us from A to B. Since he speaks Spanish fluently, we were able to get by very easily – him leading the conversations, and me, smiling, trying to be cute with my shy “hola” to everybody we encountered.

Our conception of Cuba that we took away is that the people were so friendly, even those that had nothing. The old ladies sitting outside their houses watching the world go by, the children playing soccer on the streets using a basketball, the man on the street that went by the name “Pablo” who made a few bucks here and there from his colorful sketches, and the man with the massive beard taking photos with tourists and asking for 10 CUC afterwards (what a hustler) were all people we will never forget.

Walking through Old Havana, peeking into houses, we noticed families sitting together watching TV. I witnessed a man delivering [possibly groceries] to a woman on the third floor of an apartment building, by her extending a long rope from her window and him tying the bag to the end of the rope, so she could pull it back up through the window. There just seemed to be such a large sense of community. A man we met called YoEmil told my boyfriend that even though his neighborhood was a poor one, nobody in their neighborhood would ever go without food, as they all help each other out. 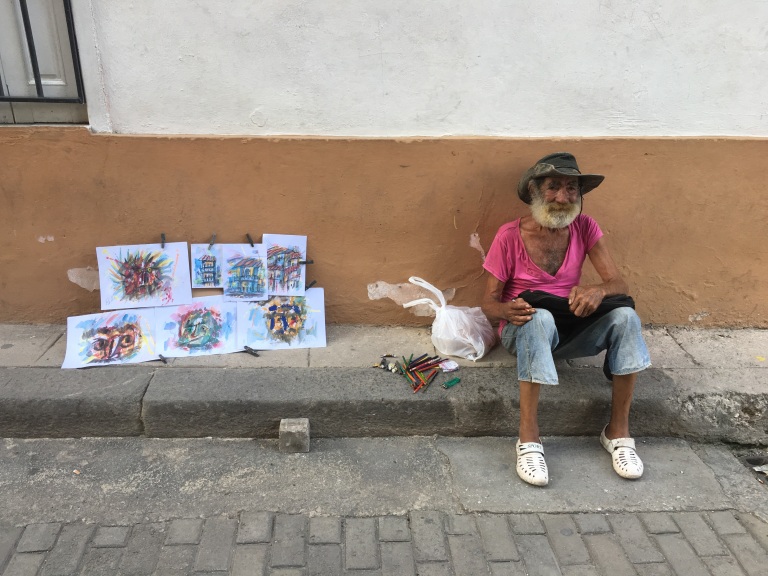 One thing I didn’t expect about Cuba is that it wasn’t as inexpensive as people think it may be. They do not accept credit cards as a form of payment, so you will need to bring cash with you to exchange for the Cuban CUC. Upon exchanging currency, you find that the American dollar is less than the Cuban CUC.  The places we dined at were comparable in price to eating out in New York, however I suppose we were eating in and around the tourist attractions. 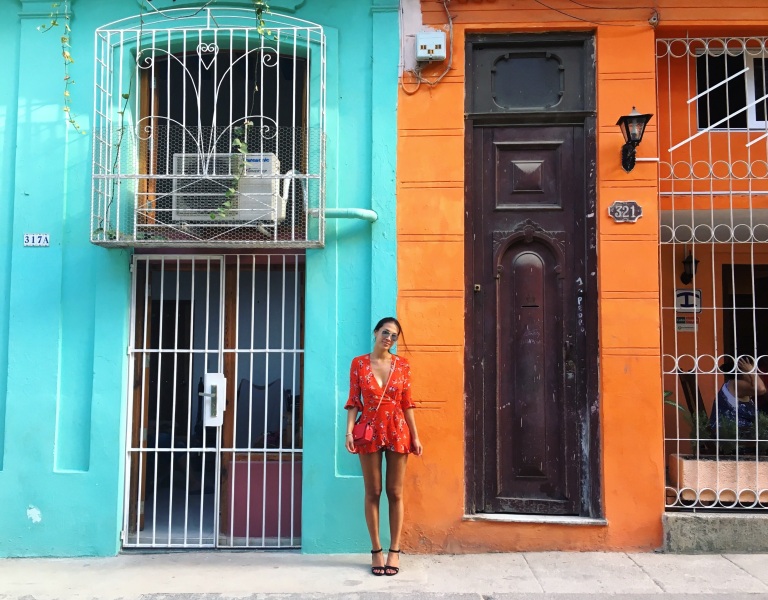 While we were in Cuba, the weather was terribly humid – I didn’t even bother wearing make-up, as it would just come right off. My boyfriend had a brilliant idea to ask the fishermen by the docks to take us out for a boat ride, so we could see the Malecon by sea. The fishermen told us that they aren’t usually allowed to do so, but they were very kind and took us out for about an hour. It was probably the best thing we experienced on the trip. Again, kudos to Ale for being able to converse in Spanish to hook this up.

Before our trip, I had put together an itinerary of places to see, eat, dance, drink, etc. I had jotted down the proximities of each place and which days we should visit, but we played by ear most of the time and it ended up being so much fun. That’s what I love about traveling with Ale – I’m usually the planner, and he’s more of the “go-with-the-flow” type, so we balance each other out and it always makes for an enjoyable experience. Below are some of the spots we went to, which I’d recommend to anybody visiting the birthplace of the Mojito (that’s Havana, Cuba): 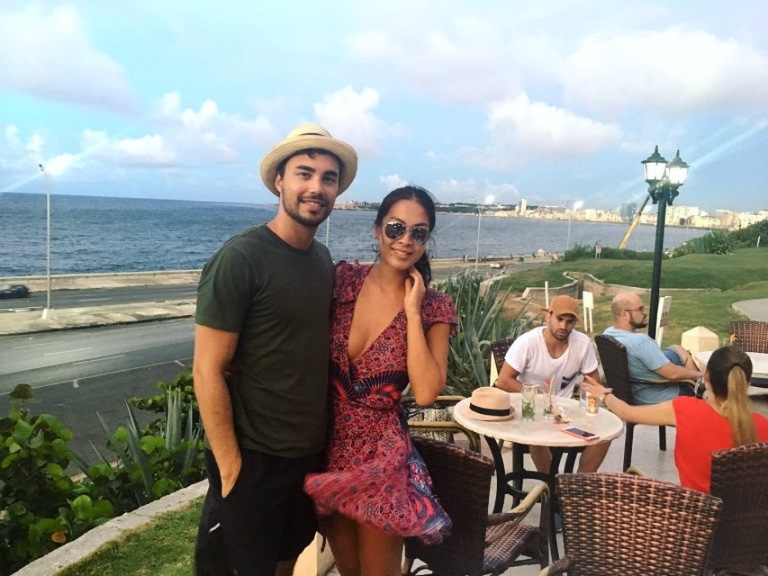 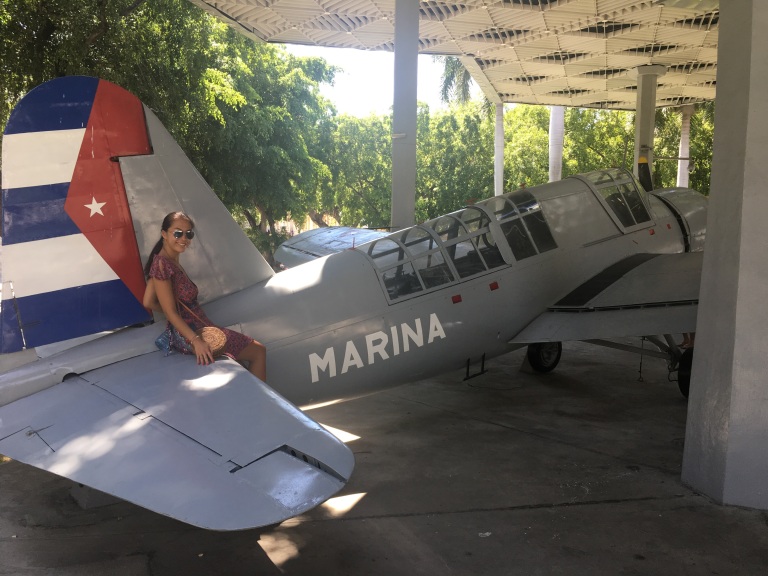 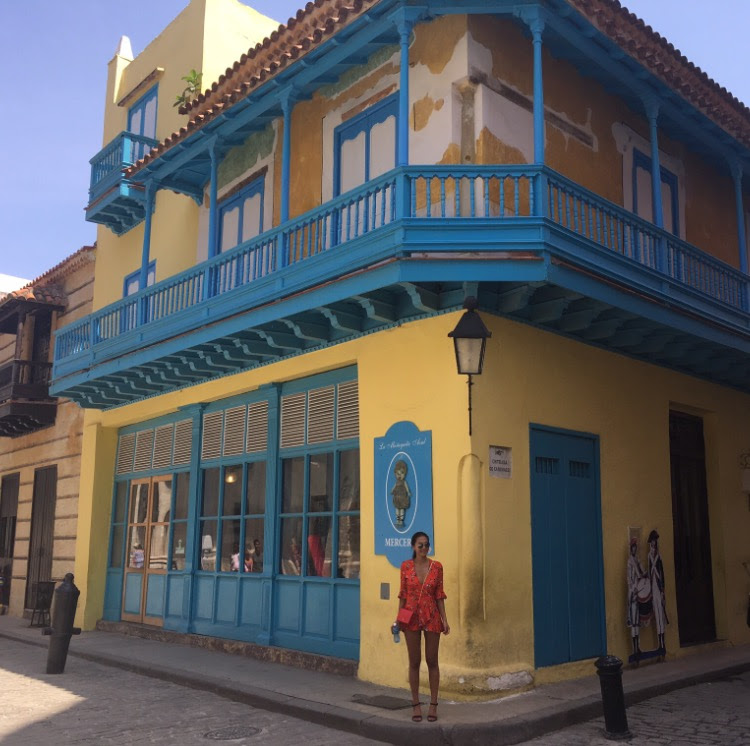 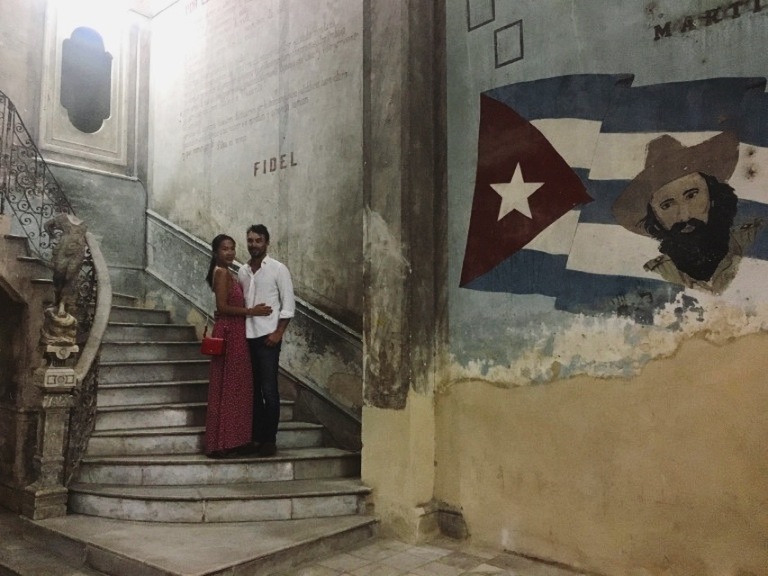 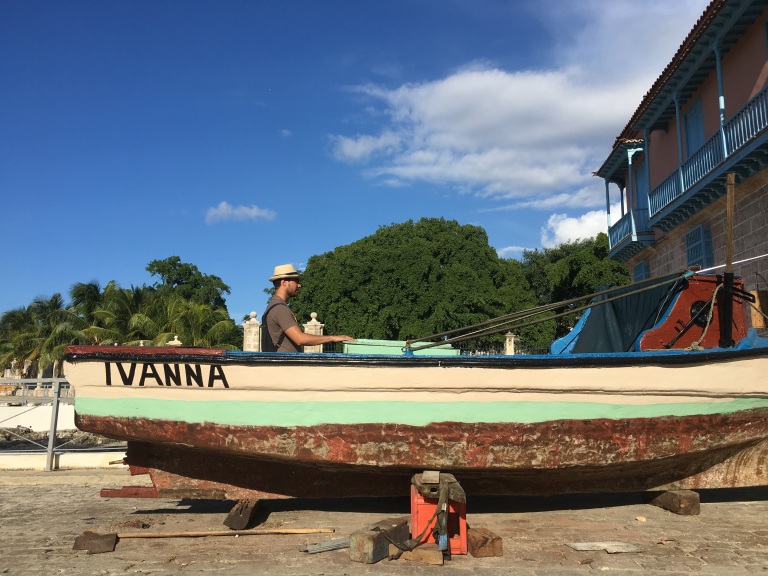 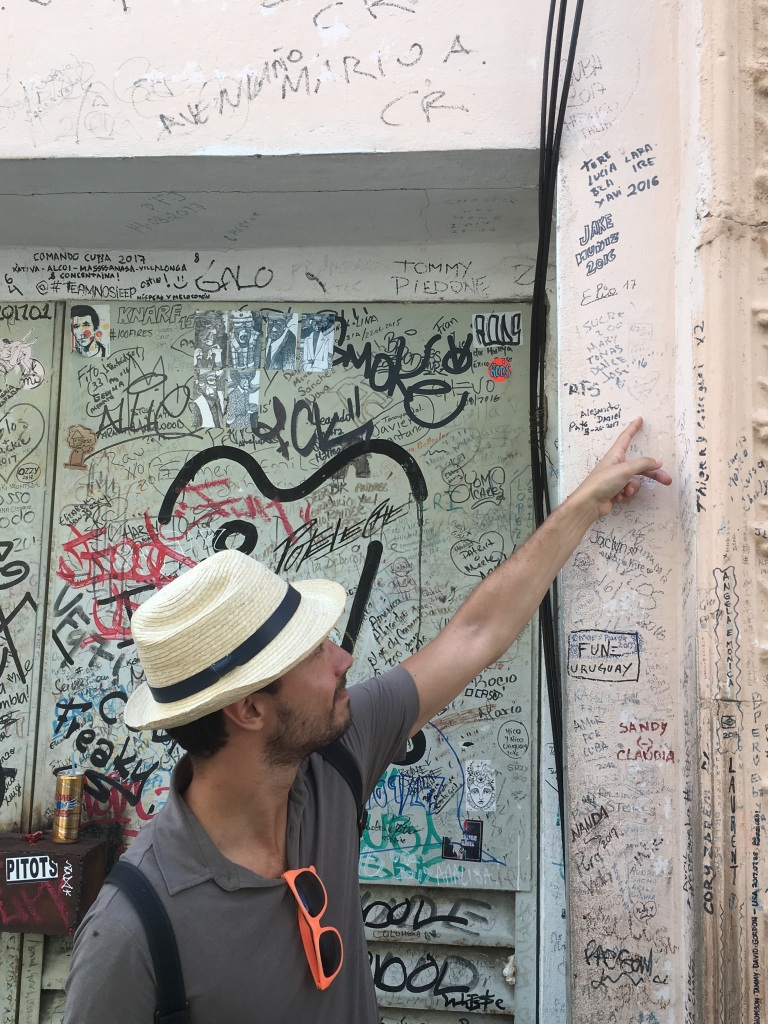 Some great ways to get around Havana (if you don’t want to go by foot) are by car (I’d suggest a tour in an antique classic), bicitaxi (the guys cycling on the bicitaxis are so strong. In the heat, I don’t know how they do it), or by taxi (and by that, I mean a Cocotaxi – not the same yellow cab you’d find in New York). Funny story, our Cocotaxi broke down on the way to Parque Almendares. Must have been all the chicharrón we ate at Sloppy Joe’s. 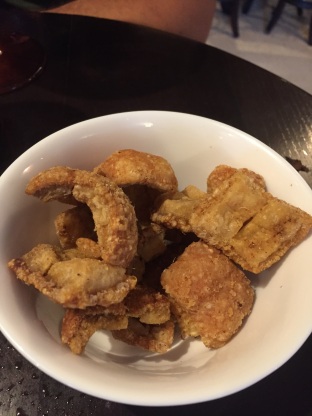 Fortunately for us, we left the day Hurricane Irma approached. We were worried that Old Havana would not survive a devastating hurricane, but I had reached out to our AirBnb host to check in and we also had two other friend couples visit Cuba post-Hurricane, who all said it was untouched. 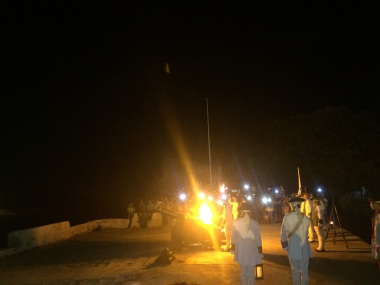 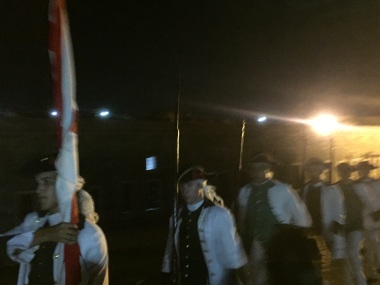 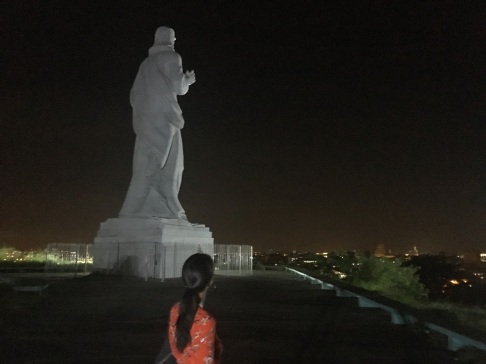 If Cuba is on your travel bucket list, I’d say to definitely do it, especially before travel becomes even more restricted. It’s an eye-opening and cultural experience that you won’t quite experience anywhere else. Both Ale and I agree that it was the best trip we’ve been on together, and now, half of my heart is in Havana ooh-na-na.